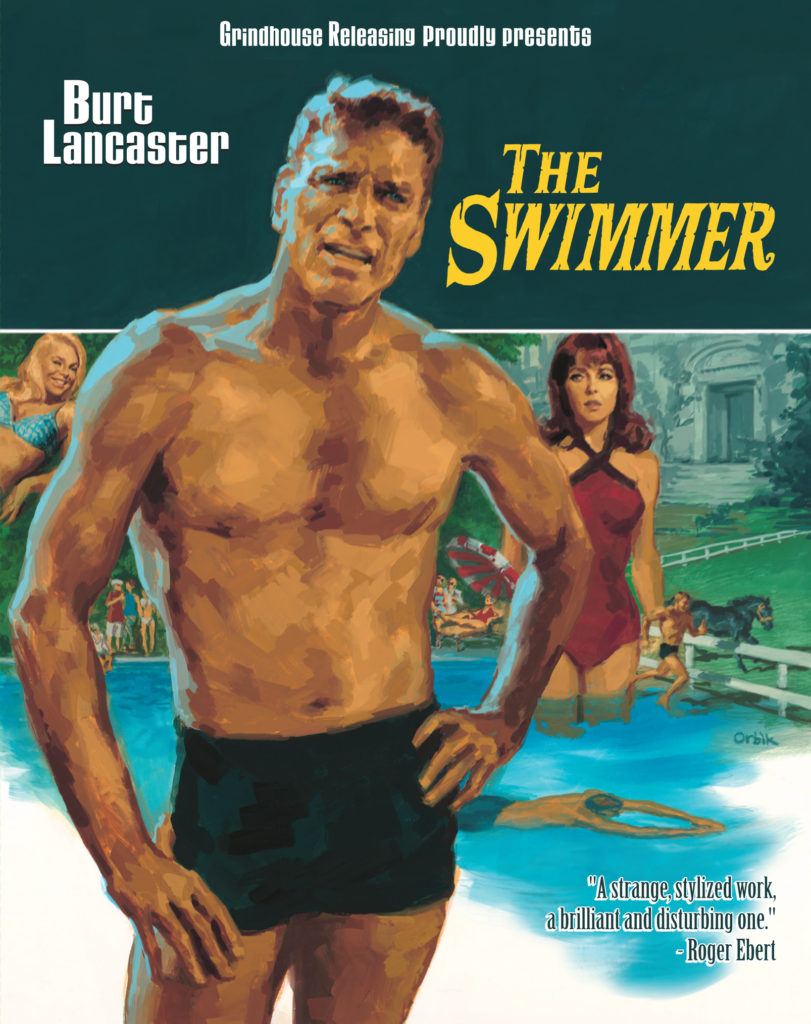 The award-winning Grindhouse Releasing deluxe edition of THE SWIMMER is back, with a newly remastered CD of the original soundtrack album, and a beautiful embossed slipcover! Limited to only 2000 units!

Grindhouse Releasing is proud to present the ultimate late-’60s studio-produced cult film, THE SWIMMER. In his finest performance, Burt Lancaster stars as Ned Merrill, a man who confronts his destiny by swimming home, pool by pool, through the suburban nightmare of upper-class East Coast society. Based on the acclaimed short story by John Cheever, and directed by Frank Perry (DIARY OF A MAD HOUSEWIFE, MOMMIE DEAREST), THE SWIMMER is a film like no other, a feature-length TWILIGHT ZONE episode by way of THE NEW YORKER.

“Totally engrossing, thanks to its very strangeness, and to the superb    performances and vivid location photography. Five stars.” 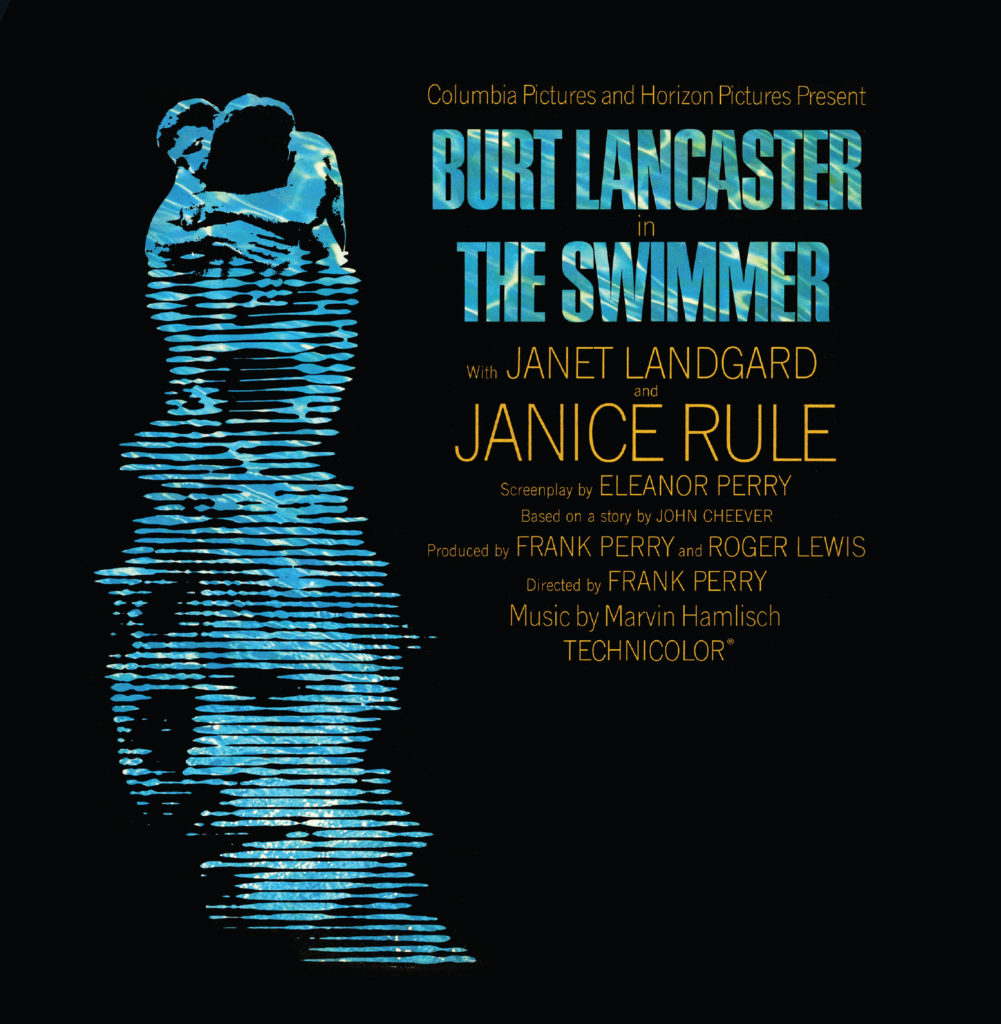 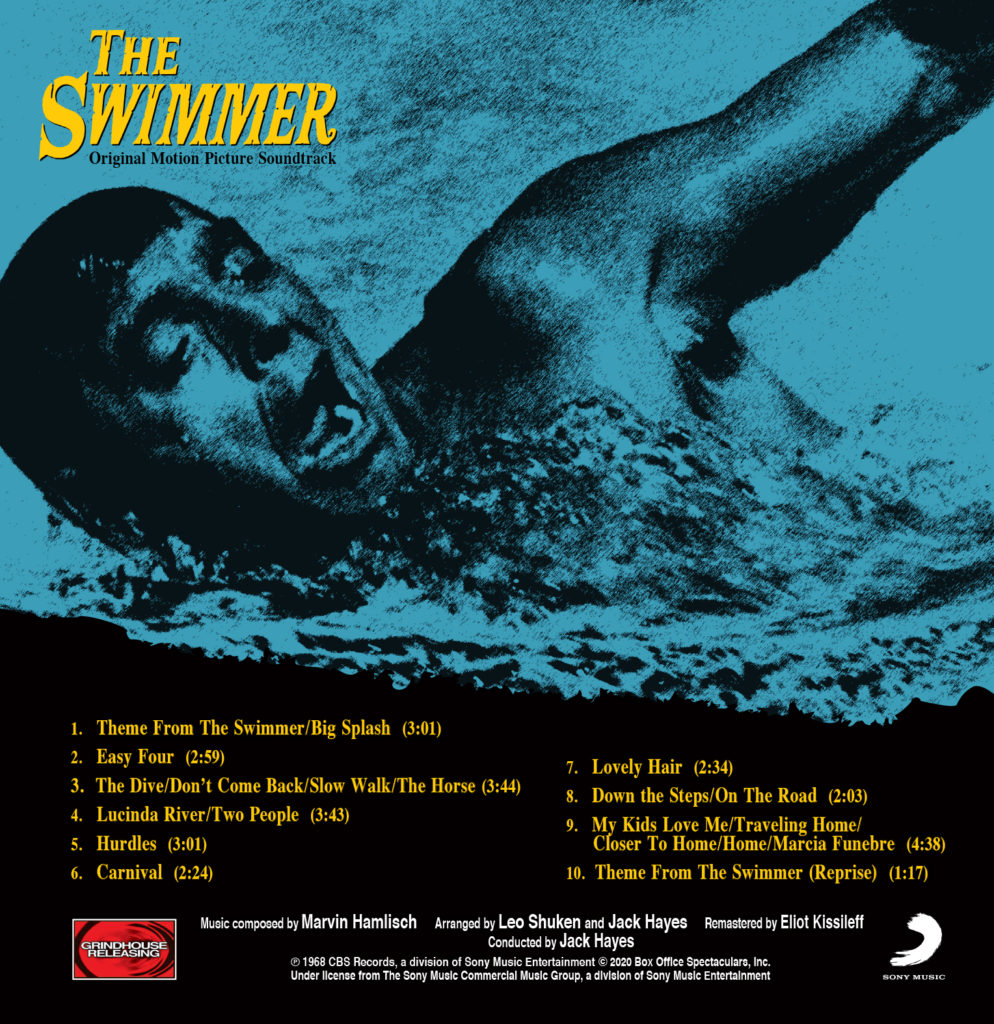