CAT IN THE BRAIN

The most VIOLENT movie ever made! Starring Godfather of Gore Lucio Fulci

Acclaimed Italian horror maestro Lucio Fulci, director of ZOMBIE and THE BEYOND, stars in this blood-soaked epic as a director being driven insane by his own movies. Fulci is thrust into an ultra-violent nightmare of death and depravity where murder and madness consume his sanity in a vortex of violence. CAT IN THE BRAIN is a psychological masterpiece in the tradition of such cinematic classics as PSYCHO, STRAIT-JACKET, ERASERHEAD and Fellini’s 8 1/2.

Watch the trailer for CAT IN THE BRAIN!

Click here to buy CAT IN THE BRAIN on blu-ray from Grindhouse Releasing.

“A shattering exposition of gore, mutilation and sordid sex, certain to satisfy the sick set. A MASTERPIECE!” – David F. Friedman, legendary producer of BLOOD FEAST and ILSA, SHE WOLF OF THE S.S.

“Chainsaw mayhem, cannibalism, lusty Nazis, steak tartar, blood and gore – all rounded off with some highly amusing offbeat antics by the great man himself. What more could a horror fan ask for? A great film.” – Alan Simpson, SGM Film Review 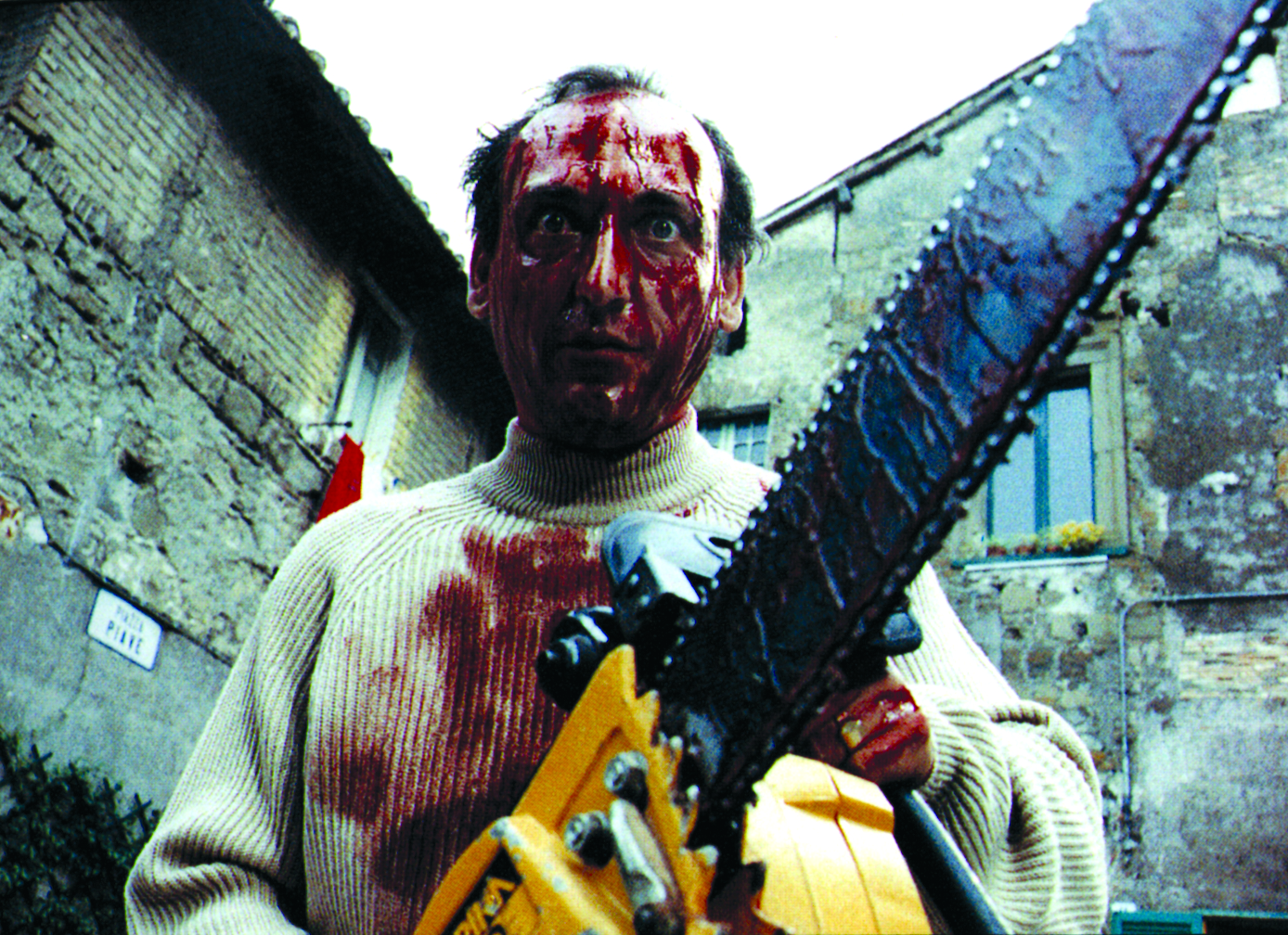