SCUM OF THE EARTH 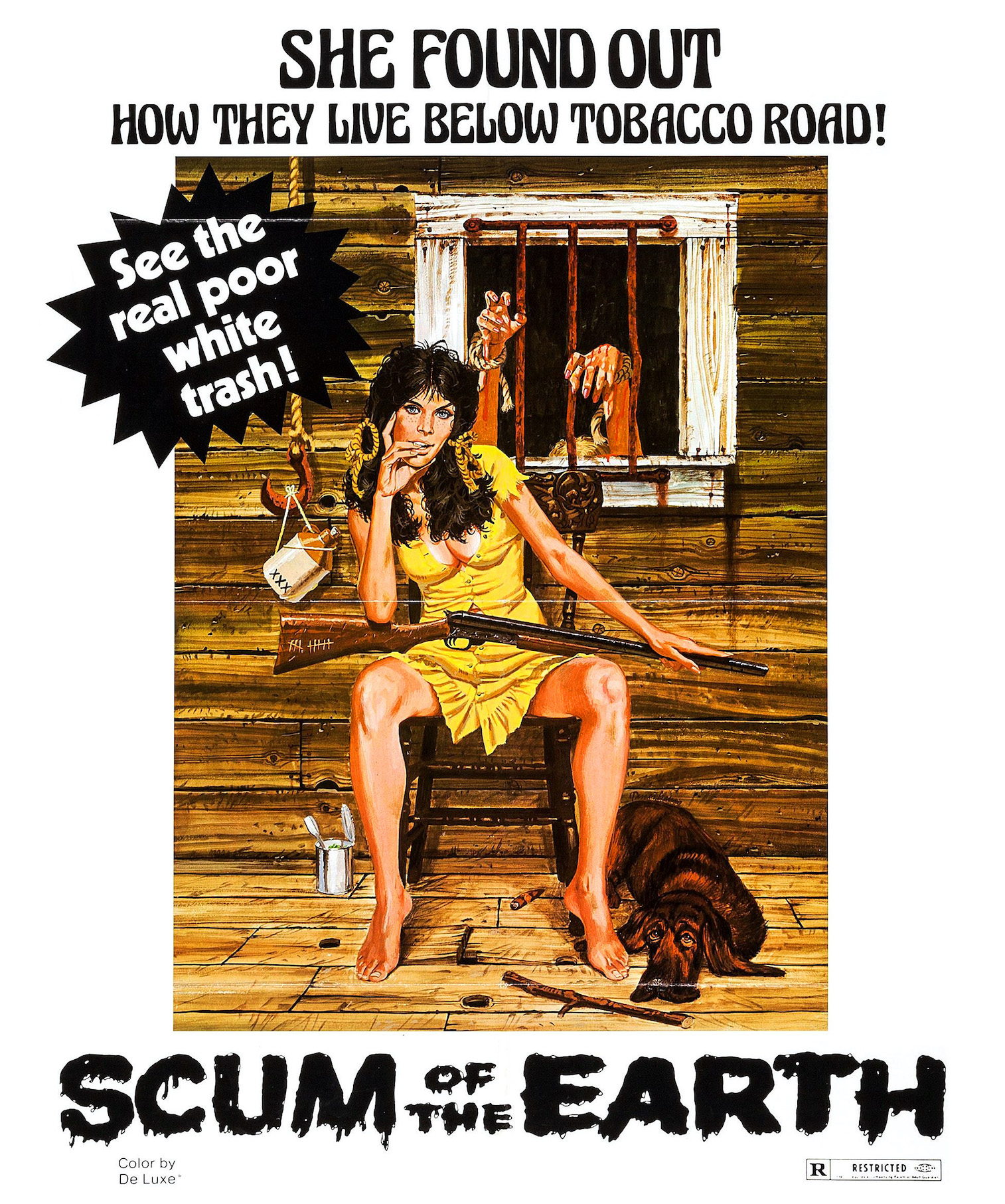 Watch the SCUM OF THE EARTH trailer!

Box Office Spectaculars is preparing a special edition DVD release of SCUM OF THE EARTH, producer/director S.F. Brownrigg’s follow-up to his cult-horror hit DON’T LOOK IN THE BASEMENT.

SCUM OF THE EARTH ranked among the top-grossing nationwide movies in Boxoffice and Variety when it played theaters in 1976 as POOR WHITE TRASH PART II. Armed guards were stationed at theaters to shield minors from the “abnormal” subject matter, and audiences were warned that “this film captures poor white trash in their natural habitat.”

Noted for his ability to create creepy ambience on a low budget, Brownrigg has been called “one of the great forgotten men of exploitation cinema.”

On a romantic vacation at a lakeside cabin in Texas, city gal Helen Fraser (Norma Moore) flees into the backwoods after a lurking, unseen psycho slays her husband with an axe. Lost and panicked, she runs into Odie Pickett (Gene Ross), the mean, moonshine-swilling patriarch to a degenerate clan of hillbillies. Helen becomes trapped in Pickett’s isolated rural shack, confronted with the family’s wretched life of poverty and abuse, while the maniacal killer stalks the woods, striking again and again…

The new Blu-ray/DVD combo documents the making of SCUM OF THE EARTH with rare photos, commentary, and interviews with the film’s cast and crew. Paying tribute to Brownrigg, the package also includes the complete screenplay for DON’T LOOK IN THE BASEMENT and other surprises!

David Szulkin, author of WES CRAVEN’S LAST HOUSE ON THE LEFT: THE MAKING OF A CULT CLASSIC, produced the new, restored version of SCUM OF THE EARTH with Box Office Spectaculars founder Bob Murawski, acclaimed Hollywood film editor of Sam Raimi’s DRAG ME TO HELL and SPIDER MAN 1, 2 & 3. 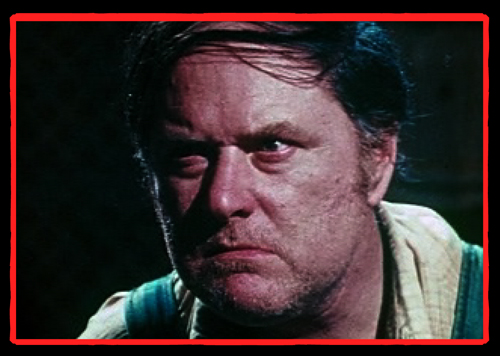